Big fish in a small pond: Why it pays to consider smaller suppliers 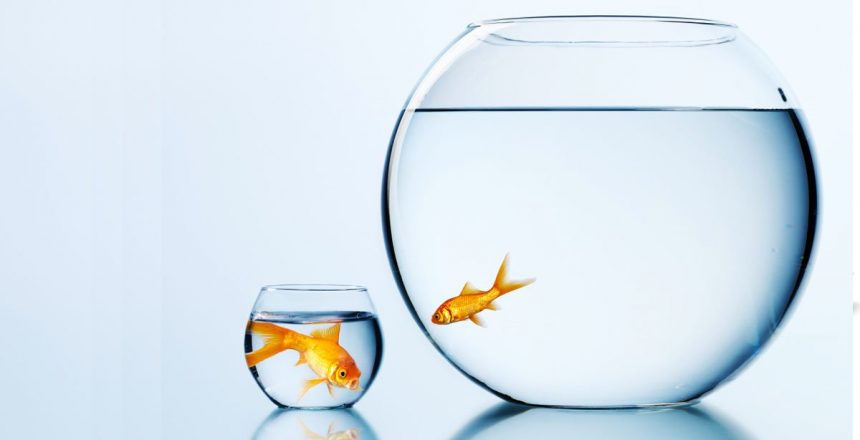 Using a big tech supplier brings many advantages: the security of dealing with a company on a firm financial footing; the confidence that brand recognition brings; and the army of developers that can pounce on a bug, for example.

And, of course, nobody ever got fired for buying IBM or Microsoft, or any of the other tech titans.

But at the same time, dealing with an IT giant can also be frustrating and intimidating: persuading such mighty suppliers to change anything maybe impossible unless you’re one of their top customers.

In contrast smaller suppliers may not only have smart ideas that the big players have missed, but they may also be willing to cater to the specific needs of early customers. And it’s not only small businesses that are looking to do business with other small tech businesses: the UK government wants 25 percent of tech procurement to go through small businesses.

It is often the smaller, more nimble firms that focus on one or two things and manage them well. The larger firms because of their scale may be slower to respond, but within their portfolio can cover just about every need.

So it’s perhaps no surprise that members of the TechRepublic/ZDNet CIO Jury are enthusiastic about the benefits of smaller and industry focused suppliers.

Small can be beautiful
When asked ‘Can small, industry-focused suppliers offer benefits that the big players can’t deliver?’ they were quick to detail the benefits of working with smaller tech companies.

“If the institution considers leading-edge technology as critical to its strategic plan, then they must be willing to consider new players and niche players,” said John Gracyalny, VP of IT at SafeAmerica Credit Union.

Gracyalny has just completed a two-year project to replace a core system. “We opted to go with the newest player in the industry — we were about their fifteenth installation — versus their competitors, who typically have 1,000 installed systems or more. Yes, there were more loose ends after the installation, some of which we are still working on. But I do not expect any of my competitors in NorCal to install this system for at least three years, so our ‘pain’ has bought us a three-year head-start on the competition,” he said.

Matt Mielke, IT director at Innovations Federal Credit Union, had a similar perspective.”I have had great luck in the past with smaller vendors, especially when it comes to delivering a new product. I have found that smaller companies are often more nimble in the service they provide without all of the slow internal bureaucracy that some large corporations have. ”

And Richard Frisch, CTO at Global Strategy Group, said: “Small organizations offer consistent, attentive service that is rarely delivered by large organizations. There is no real safety in large vendor organizations as they deprecate services and products with abandon today.”

Gavin Megnauth, group CIO at Impellam, said niche players can be much more innovative and responsive: “Handy if you’re looking for disruptive solutions that give you an edge or are prototyping from our experience.”

As Michael Hanken, VP of IT for Multiquip noted: “For a midmarket player it’s not always easy to work with the big players. In many cases too much red tape and bureaucracy on top of being a mall number in their equations. If the risk of a niche player can be mitigated it’s often the better choice.”

However, that doesn’t mean small suppliers are the automatic choice. Keith Golden, CIO, Econolite Group, pointed out that smaller software vendors are often worth a second look — and if they have a demonstrable track record, decent financials, and strong vision they can be a better fit than a large vendor. But, he warned, “Without those baseline factors, it’s pretty tough.”

Delano Gordon, CIO at Roofing Supply Group, explained: “It is often the smaller, more nimble firms that focus on one or two things and manage them well. The larger firms because of their scale may be slower to respond, but within their portfolio can cover just about every need.” But he added: “I’ve personally experienced good and bad on both sides, so it depends on what services you’re shopping for.”

Gavin Whatrup, group IT director Creston, said the type of product or service required matters. Where highly tailored or bespoke solutions are required, or where agility is a key requirement, smaller and/or industry specialist suppliers tend to provide a better service. “But where price, predictability, reach or, dare I say it, branding are key, larger suppliers have sway,” he said.