Is your business still running Windows 7? 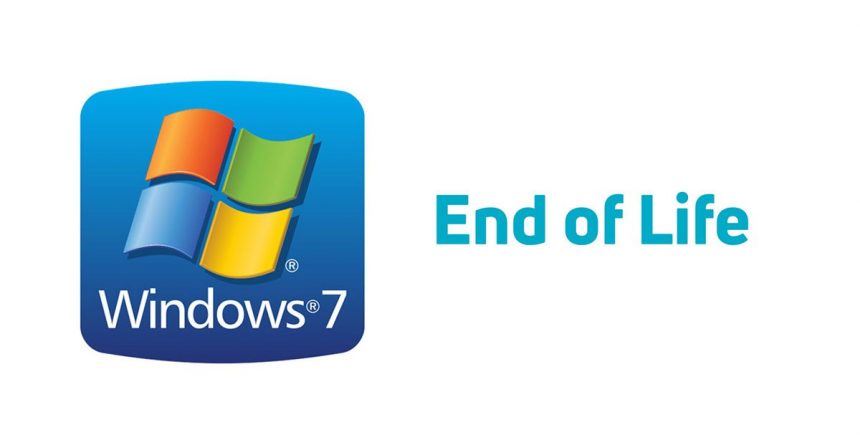 In this blog we will outline the risks of continuing to run Windows 7 machines, and what LoughTec can do to help.

Technology is evolving by the minute. This is allowing businesses to grow and expand their product/service offerings much faster than before. It is also giving consumers more buying choices in where/who to buy from. However, the flipside to technological innovation is software and operating systems obsolescence.

A prime example is the Windows 7 operating system. Windows 7 reached its end of life on 14th January 2020, after more than a decade. But what does end of life mean?

Microsoft now no longer support users who are still using Windows 7, meaning they will no longer provide security updates and fixes, software updates or technical support for any issues that arise in using the operating system. The stats show that there are still over 100 million Windows 7 machines being used across the UK and Europe. Most businesses simply do not understand the risk(s) associated with using Windows 7 – some are completely oblivious as to what operating system they are running.

In this blog we will outline the risks of continuing to run Windows 7 machines, and what LoughTec can do to help.

Hundreds of vulnerabilities have already been discovered and reported regarding Windows 7. The WannaCry ransomware attack in May 2017, that infected more than 200,000 systems in over 150 countries across the world, resulted from the use of older Windows operating systems. Despite Microsoft releasing patches to negate the risk before the attack, much of the spread of the attack was due to organisations not applying the updates and patches on time, or due to systems using older operating systems that were past their end of life. Notable organisations infected by the attack included the NHS in England and Scotland, Nissan Motor Company and Renault.

If a similar attack was to occur on Windows 7 machines now, any organisation running the operating system risks losing their data forever, unless they agree to pay a hacker an extremely high ransom in the form of Bitcoin. Microsoft will now no longer provide patches and fixes to stop attacks from happening.

Windows 7 being at the end of its life goes beyond the operating system itself. It will also affect numerous applications used every day. Some programs will no longer be supported to run on Windows 7, including Microsoft’s free Office 365 ProPlus support. This will result in additional IT operational costs for many organisations. Third-party software is also not immune, with popular programs such as Adobe Creative Cloud being affected. The next update of Adobe Creative Cloud will not support Windows 7. This not only makes companies less competitive but will also mean they are more vulnerable to security breaches.

Windows 7 being at the end of its life goes beyond the operating system itself. It will also affect numerous applications used every day. Some programs will no longer be supported to run on Windows 7, including Microsoft's free Office 365 ProPlus support

One in three data breaches worldwide is said to occur as a result of unpatched operating system vulnerabilities. Whilst data breaches often occur to large multinational businesses, SMEs are not immune and could be catastrophic for the existence of their business. The cost of a data breach could be more costly than fire and flooding damage combined, with the average cost of a breach being just under £150,000. Companies can mitigate this risk by ensuring their operating system is up to date.

If your business is still running Windows 7 and you are worried about your data security, get in touch with LoughTec today. LoughTec can examine your current IT infrastructure to help you identify any vulnerabilities that are there. We will also;